As a way to better communicate design ideas and the theories, trends, topics, and precedents guiding my work I have decided to start an online Design Journal of sorts.  This page will be composed of posts detailing my work in studio and possibly a variety of outside design projects including anything from landscape architecture and architecture to graphic and representational designs.

Since timing of this idea did not coincide with the start of any major projects, I’ve decided instead to begin in the middle – a logical place if you don’t think too much of it.  This past week we had our studio review for Andrea Hansen-Phillips’ Cause and Effect MLA studio at the University of Tennessee.  The studio investigates the idea of operative functions acting on design to cause a set of parameterized outcomes.  When we talk about parameters, we mean to include anything that acts as a guiding rule, law, or function for the generating of design forms.  Such parameters can exist in the form of digital or analog tools, program requirements, or really any other guiding principle.  At the mid review we presented and critiqued work from MLA students in all 3 years of the program whose projects centered around ephemera, ecology, human systems, or more commonly a mix of all of the above.  On a side note, in terms of studio mid reviews I was incredibly impressed with the shear amount of product and work everyone generated in the weeks leading up to the presentation.  “Just make stuff” tends to be a motto thrown around our studios quite a bit, and this time around it seems to have paid off.

My project in specific (currently) focuses on the development of responsive architectural systems and their relationship with the landscape to develop dynamic programmable spaces.  For the Cause and Effect studio we are using a series of Homemaker sites in north and east Knoxville as the theoretical (and potentially real-world) testing ground for our ideas.  My project has since abandoned the conceptual need for it to “solve the world’s problems”, a point of minor contention between my design process and the guiding themes of the studio.  I see this quote credited to Michelangelo as a guiding ideal for designers of all varieties: “The greater damage for most of us is not that our aim is too high and we miss it, but that it is too low and we reach it.”  I feel that design in its raw form should not be tethered to the needs of society as they may limit the ultimate outcome.  Instead, design should be free to “aim high”, develop, and flourish unrestricted within the studio to produce work that is meaningful and powerful.  This work can then be reexamined, ripped apart, adjusted, and made useful for the real world.  Hyper | Super does just this.  The component parts are being generated in a way that will allow for them to be reexamined and made useful for real world applications such as green roofs, roof top gardens, building facades, and more.

I am excited for anyone who is reading this to follow along in the development of this project over the next month and possibly into the future.  I will also be periodically including posts that look back at where the project has been over the past ten weeks to better build the design story and fill in context that may still be missing or weak.  Moving forward, I plan to investigate the materiality of many of the operations generated early on in the studio and how they may be constructed into real world facades and module components.

“The greater damage for most of us is not that our aim is too high and we miss it, but that it is too low and we reach it.” 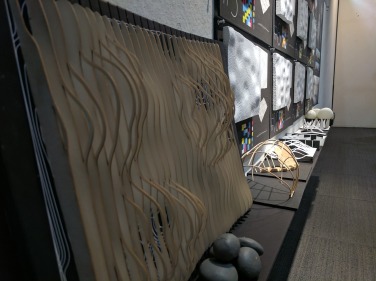 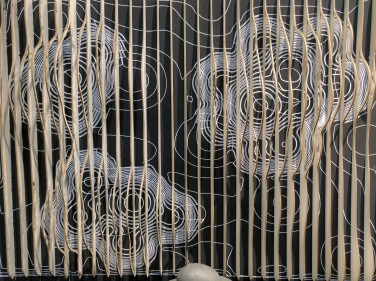 From plan view, the seciton model displays the relative topography of both the ground plane and the structural elements 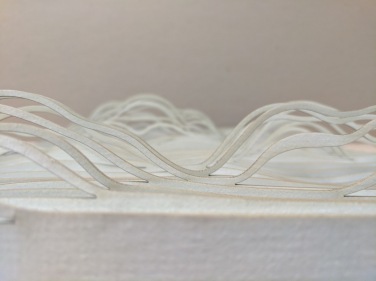 From the side, the section model exposes the spaces created by the interaction between ground plane and structure

From the side, the section model exposes the spaces created by the interaction between ground plane and structure